What we deem “Jewish” and how we act as Jews is strongly influenced by teachings from the first several generations of rabbis, those rabbis who wrote the Mishnah (c. 220 CE) and the Talmud (c. 400-600 CE). By exploring foundational ideas from what’s known as this “Rabbinic Period,” our children grow into knowledgeable members of Jewish community who ask good questions.

Here’s a peek inside our kindergarten and first grade children’s heads as they wrestle with rabbinic teachings. (Their bodies jump up and down, kneel in chairs, walk purposefully around the room – for children, very little text study happens sitting in a chair!)

The rabbis teach: A person is obligated to give tzedakah. (Talmud Bava Batra 9a)

The children ask: “What if you don’t give tzedakah?”

Child D:         “[We have to give tzedakah because] sometimes what’s really sad is like even the grown-ups only have like five dollars.”

Child C:          “[We have to give tzedakah] so kids would have a fun time. Like if their brother and sister had to do homework and their mom had to do laundry, they would have something to play with [because we gave the kids toys].

The rabbis teach: “Even a poor person is obligated to give tzedakah.” (Talmud Gittin 7b)

The children ask: “Is this true? How can a poor person give tzedakah?”

Child H:         “If I was really poor and didn’t have any money, I would give them money and they could sell it to the bank to have some money.”

Child F:          “The problem is, I think people with less than ten cents shouldn’t give tzedakah.”

Child G:         “Or it could be furniture. They could give away furniture for tzedakah.”

The children nod in agreement that tzedakah can be money or a material item.

The rabbis teach: “…a person must leave pe’ah [the corner of the field for poor people] because…the Torah states, ‘You shall not reap all the way to the corner of your field.’” (Sifra Kedoshim 1:10)

The children ask: “How can we give away food we grow in our backyards?”

Child H:         “We can leave it outside the door. Like, there are some things that, like, people can take. Like if it’s in your garage, people can’t take it. But if it’s outside your door, people just come by and they can take it.” 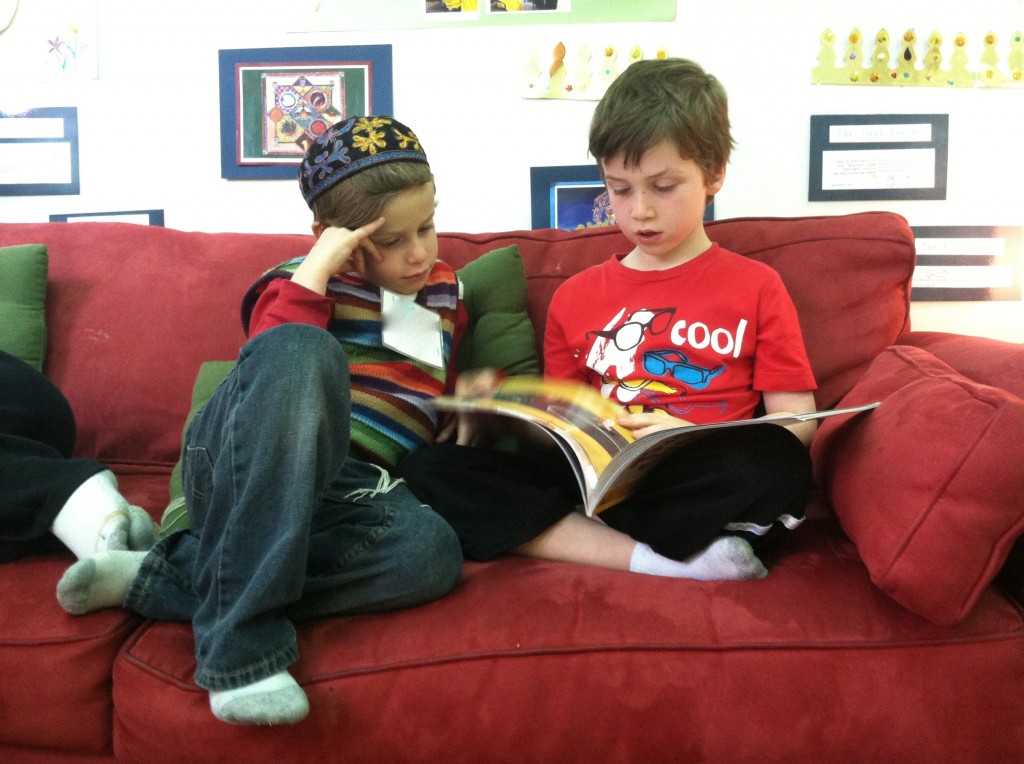 Rereading a book about tzedakah and chessed. 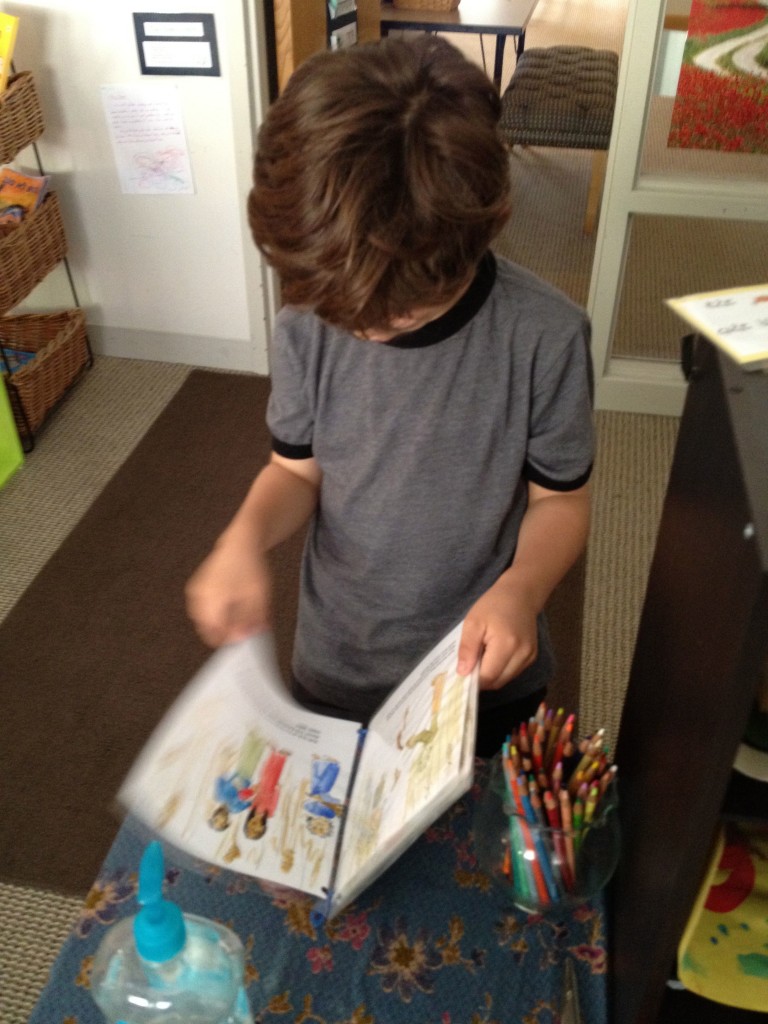 Catching a moment to reread the biblical story of Ruth.