Using Our Knowledge of the Shema to Learn Hebrew

Delving Further into the Aleph-bet with Shorashim

It’s become a thing.  Some of the Nitzanim children want to learn to write Hebrew using script letters. Block letters – the way Hebrew looks in print – had served this set of children well enough until a week or two ago, but now, only script will do. (Script lets you write Hebrew fast, but the letters aren’t connected the way English cursive letters are.) These children have suddenly become tuned in to a part of their environment that’s been present since since the beginning of the year.

Today, five children crowded around our small table in Pinat Ivrit (the Hebrew corner). They wrote Hebrew words they knew in script, copying from magnetic cards that have both block and script letters. One child noticed how the same shape is used over and over in several different script letters. She showed others what she had discovered, and boy, did that set us to talking about the shape of Hebrew script!

What was wonderful, too, was how all of the children in the room made their own decisions about how to engage with Hebrew, and no child judged another for his/her decision. Some children, for example, were enthralled with how gold Hebrew letter stickers looked on black paper, so they spelled Hebrew words in that way. No one was ready to stop exploring Hebrew when it was time for כיבוד (kibud – snack). 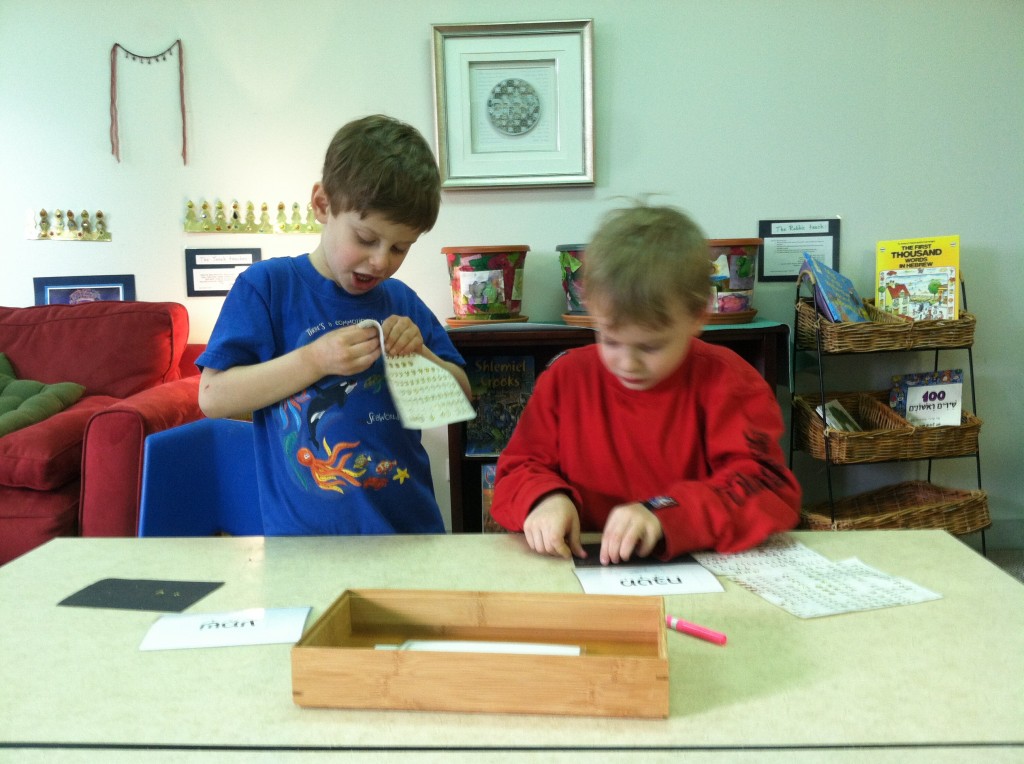