Brainstorming sights and sounds in a Jewish home

First, we practiced listening when we brainstormed what we might see and hear in a Jewish home. By listening, we could build on each other’s ideas. In a Jewish home, children said, we might “hear a mom or dad making plans for a Jewish holiday,” or “the sound of a Jewish brother or sister playing a Jewish game.” “Like dreidel!,” another boy added.

Next, we practiced using words that help חברים  (chaverim – friends) understand our ideas. We were building the structure of a Jewish home (during the next step, we’ll add in Jewish sights and sounds). Several times, we stopped to think about the kind of words that would help our חברים (friends) understand what was going on inside our heads. Instead of “Stop it!” or “Move out of my way!”, we practiced slowing down and explaining, “I think we should build only two stories high,” or “What if I work on this part, and you work on that part?” 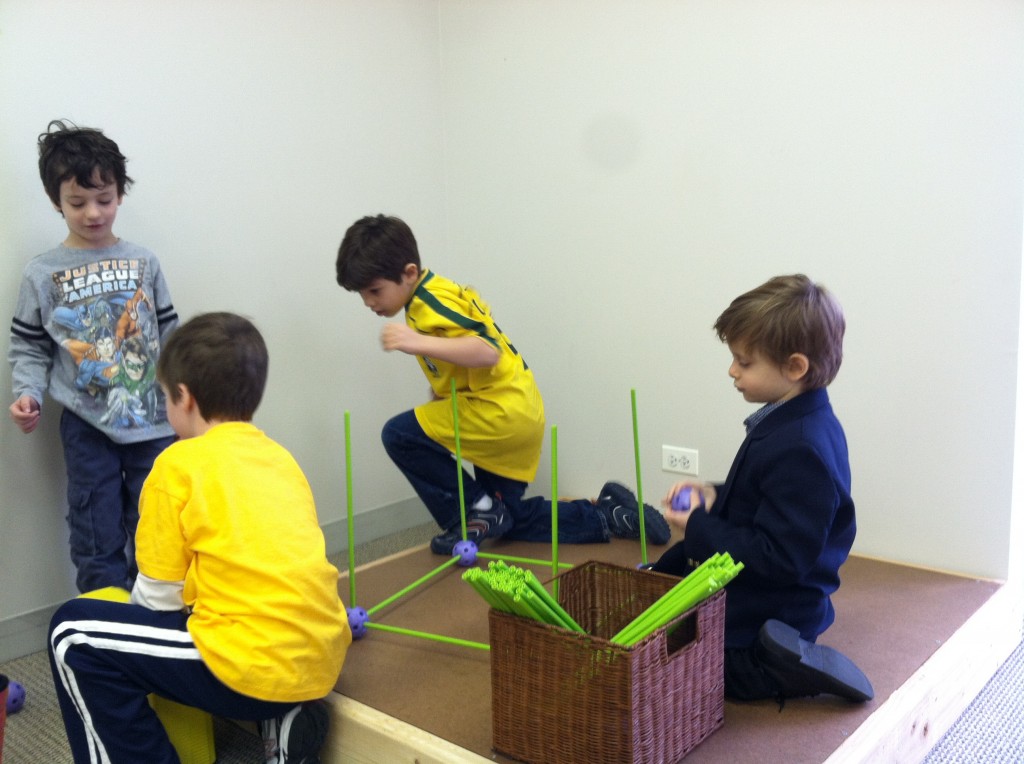 Using words to explain what we mean