When Just Listening Is Not Enough

Making Mezuzot: An Entryway to the Shema for Shorashim

This week, as a central part of the Shorashim introduction to the Shema, the children have been learning about mezuzot. On Sunday, learners excitedly went on a mezuzah treasure hunt around the Rodfei Tzedek complex. They spotted mezuzot left and right, affixed to the doorpost of nearly every entryway we pass. At the conclusion of the hunt, the kids were delighted to learn that each and every mezuzah hosts a treasure inside its “belly”–a klaf (scroll of parchment) with the Shema written on it! 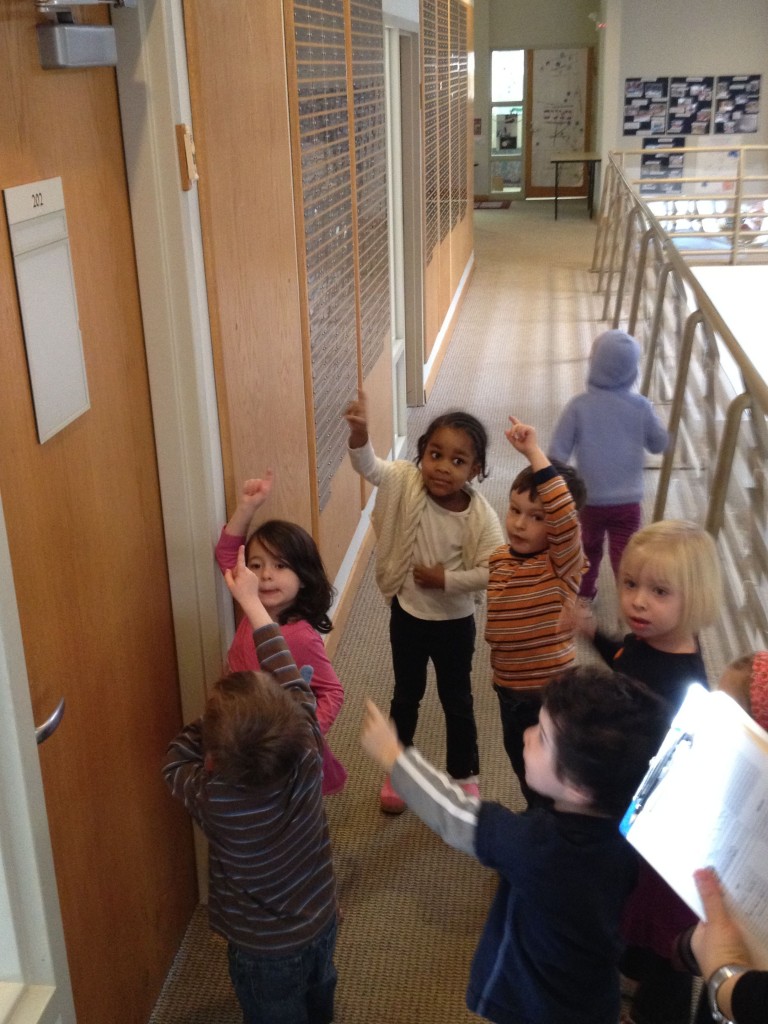 The Shorashim leaners point at their most recently discovered mezuzah.

The following Monday and Tuesday, we used the knowledge gained from the Treasure Hunt to not only begin decorating our own mezuzah, but also to carefully write a klaf (with the three letters of the Hebrew word for Shema–shin, mem, and ayin).

When we finish decorating our mezuzot next Tuesday, we will fill each mezuzuah with a klaf before dedicating the mezuzot and affixing them to doors around the Jewish Enrichment Center. 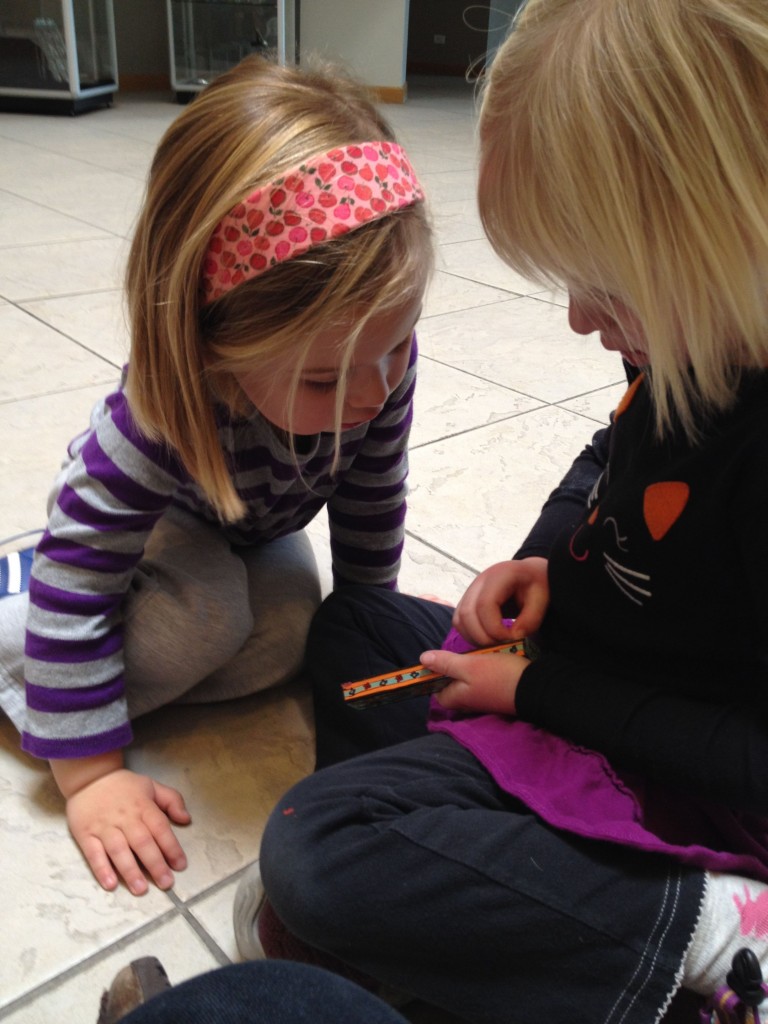 After our treasure hunt, two Shorashim learners huddle close to examine a mezuzah.